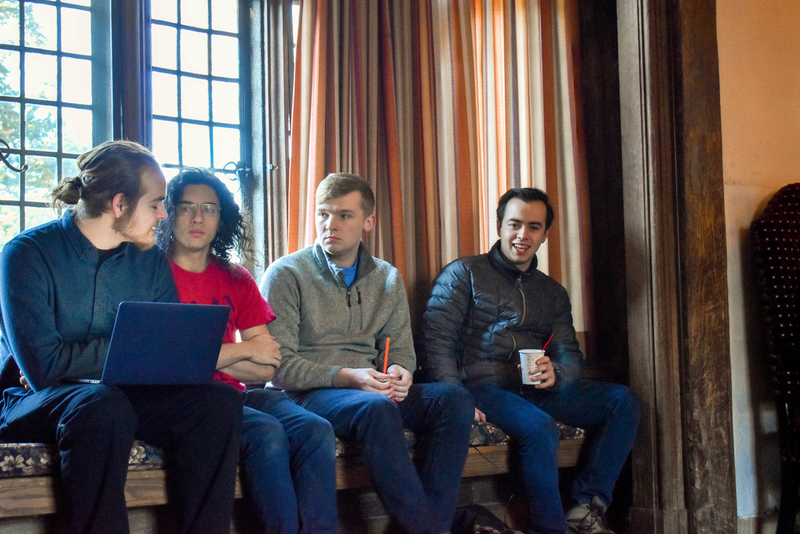 Here at the Eta Tau chapter of Beta Theta Pi, we continue to push our members to surpass the status quo. Our chapter sets high standards for academic excellence; maintaining above a 3.3 GPA. In addition, our membership maintains 20 hours of community service per brother. Finally, and most importantly, our chapter holds leadership on campus, and in life, as important as the brothers we stand beside. Here at Eta Tau, we seek purpose in developing Men of Principle.

Though many current fraternities pride themselves on purely social events, we strive to produce some of the most successful men that graduate from WPI. Yes, we do have fun; however, our members regard social events as only one piece of being a successful fraternity. From game nights to bowling to camping trips and much more, members of Beta brothers develop lasting friendships and memories. Our brotherhood builds better men without breaking them down. It is each brother's goal to produce well-rounded and talented leaders on WPI campus and in the world.

Our family extends beyond WPI campus. Our alumni continue to offer us in-person support and funding annually. In addition, our General Fraternity hosts 7 leadership programs, has won 11 international awards for its leadership development, includes 85 Rhodes Scholars, eight U.S. Supreme Court Justices, 200+ members of the U.S. Senate and House of Representatives, 52 State Governors, six Congressional Medal of Honor winners, and 11 current CEO's of Fortune 500 companies, recently completed a $20.1M campaign (the largest in fraternal fund world history), and more than $4.8 millions was awarded in scholarships and sponsorships to undergraduate Betas in 2019.

Brothers of Eta Tau seek the very best men to continue a tradition that has lasted over 180 years. Put best by Beta John Wooden, a coach who has won 10 NCAA Basketball Championships, "be more concerned with your character than your reputation, be a man of principle."